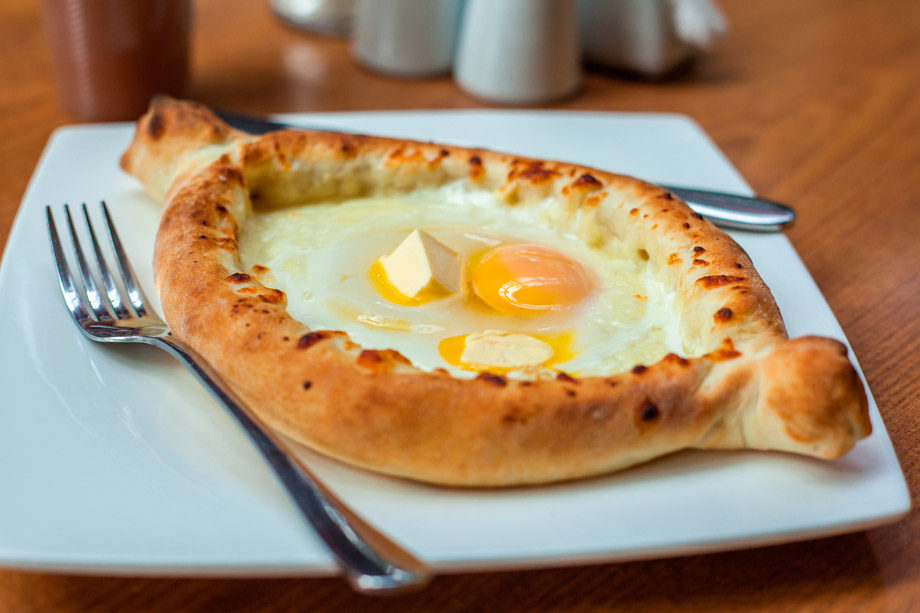 The tradition of baking khachapuri is recognized as a monument of intangible cultural heritage of Georgia!

It is emphasized that the assignment of khachapuri as a cultural heritage monument can be considered as a mechanism for its protection: “it is Important for Georgia to popularize khachapuri to increase its recognition in the international arena as a Georgian product,” the National Agency said.

In 2010, the national center of intellectual property of Georgia developed a draft law on the protection of the trade name “khachapuri”. In September 2011, the Georgian authorities issued a patent for khachapuri and several other dishes of national cuisine.

Khachapuri is a Georgian pastry stuffed with cheese and eggs

There is no single recipe for making khachapuri: Ajarian, Megrelian, Imeretian, Gurian, rachin etc. . . khachapuri are widely known. In particular, the Ajarian khachapuri is baked in the form of a boat and put the egg in the middle of it. Rachinan and Imeretian — round, with a bean stuffing, cooked with Rachian bacon, Megrelian — round, but the top is covered with cheese (Suluguni), Gurian khachapuri resemble Chebureki.

Previously, the status of an intangible cultural monument in Georgia was assigned to the traditional Georgian feast, which is called “supra”, Georgian polyphonic singing, centuries — old traditional technology of aging wine in a large clay vessel-Kvevri, Georgian folk medical knowledge and traditions of its application, as well as all three types of the Georgian alphabet and the Georgian fight “Chidaoba”.

At different times, all of them were included in the UNESCO list of intangible cultural heritage of humankind.